Praying and not believing

“He (Peter) went to the house of Mary the mother of John, also called Mark, where many people gathered and were praying.  Peter knocked at the outer entrance, and a servant named Rhoda came to answer the door.  When she recognized Peter’s voice, she was so overjoyed she ran back without opening it and exclaimed, ‘Peter is at the door!’  ‘You’re out of your mind,’ they told her.  When she kept insisting that it was so, they said, ‘It must be his angel.’”  Acts 12:12-15.

Nice story.  Peter had been led out of a high-security prison.  Now free, he goes to find his friends.

Note what his friends are doing: they are praying.

“If you abide in me, and my words abide in you, you will ASK…..”  No doubt they were asking for Peter’s release because another apostle (James) had just been killed by Herod.

Now the story turns to the just-like-us part.  We pray but we don’t believe we will get what we ask for.  How do I know that these folks didn’t believe what they prayed?  When Peter showed up they refused to believe that it could be him!

We often look at the things we pray for from OUR perspective.  I have this is a BIG problem.  What can I do about it?  I guess I’ll pray.

The ending of the “abide” verse sorts out what is wrong with this thinking.  At the end, after “ask whatever your wish,” is followed by, “and it will be done FOR you.”  See the difference?  God does the heavy lifting.  We are to abide and ask.

Many of us have the abide-and-ask part down but often we want to do the heavy lifting.  Peter’s friends did nothing to get him out of prison except abide and ask.  They forgot that what THEY did was enough.  Now it was up to God to make it happen………and He did.

“Lord, forgive me for messing so many things up.  I read/study Scripture and so often miss what’s going on there.  Open my heart to follow You accurately.  Help me to trust You with the details of my life.  Help me to abide in You, ask, and let go of where things go from there.  I love You, Father.”

Will we abide in Him, ask Him, and then let Him do the rest? 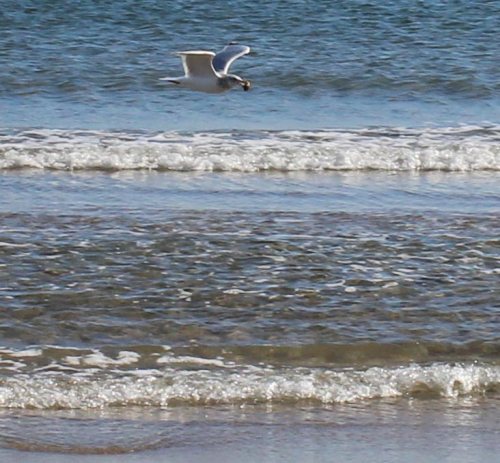