“Then he opened their minds so they could understand the Scriptures.”  Luke 24:45

We do not have the capacity to understand the Bible without God’s help.

It may be that a Godly-anointed preacher gives us explanation.

Jesus took an initiative of that sort when He explained how the Old Testament told of what He was now involved in.

The beauty of Godly insights!

You read a section of the Bible and suddenly see it in a new way.  You wonder why it has taken you so long to see it that way.  Could it be that God has now opened your mind as He did with His disciples?  I think so.

When we read Scripture, we should beforehand ask Him to please open our minds to what we’ll be reading.  I refuse to believe that He would not honor such a request.

The Scripture has much to say to you and me, but we need help to gain understanding.  We must ask Him for it.

Getting right with wrong

“Now there was a man named Joseph, a member of the Council, a good and upright man, who had not consented to their decision and action.”  Luke 23:50-51

The Godly in this world shutter at the choices being made.

That which conflicts directly with the New Testament is not only considered right but is protected from correction attempts.

So how do we live in such a godless environment?

I am currently working my way through “God Guides” by Mary Geegh.  My reading today brought me to a story of how Mary dealt with wrong.  Like many of us, she was initially quick to condemn and quick, as a result, to drive someone away.  God later brought this Scripture to her: “I have not come to condemn the world but to save it.”  God told Mary to repent of condemning someone else……….and she did.  Ultimately, a relationship was restored.

How easy it is to condemn evil.  How difficult it is to see the bigger picture.  If God is doing all He can to save people, I need to find ways to do that as well.

This does not mean that I am to condone evil, but instead I need to see in that evil-doer someone God loves and wants to save.  I must do all I can to function within His framework.

When Jesus spoke, not everyone listened…….but they should have.

Jesus identifies Himself as God’s Son.

His words were truth.  He was, indeed, God’s Son.

What He said revealed His identity.

You and I pour out a ton of words each day.  What do those words reveal?

Sadly, for many of us, our words betray what we profess.  They often portray godlessness.

I struggle with reacting badly to things.  When I’m in charge, the flow is usually Godly.  I know what I’ll be saying, and I can make sure that God is considered in the presentation.

Sadly, when someone else is directing the path of the conversation, things don’t go so well if I am not in agreement with them.

In those instances, I turn defensive and protective.  I can’t easily give in.

In today’s political climate, I wonder how those who have no use for the current President would react if he suddenly did something they had been advocating.  Would they be thankful?  Or would they instead be cynical about his new way?  Might they wonder if they were mistaken for advocating it in the first place?

In the Luke 22 verse, the listeners were convinced by the words of Jesus: He thought He was God’s Son.  His presentation was consistent with His other words and actions.

My words must be His Words.

My words must be consistently Godly.

Those in my midst are judging the reality of my relationship to God by what I say.  I must speak accordingly! 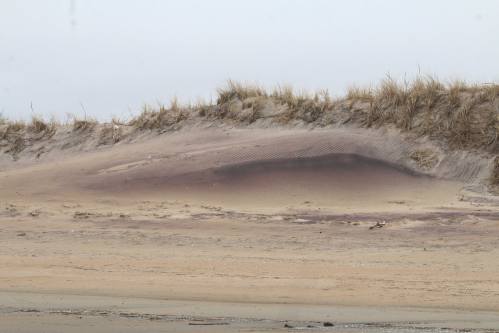 “When Jesus’ followers saw what was going to happen, they said, ‘Lord, should we strike with out swords?’  And one of them struck the servant of the high priest, cutting off his right ear.”  Luke 22:49-50

A question is asked and before it is answered an action, relating to the question, is taken.

We claim to be in union with God.

We claim to have a relationship with Him.

And yet we often give Him mere lip service.

We ask for His help and plow ahead before His answer comes to us.  We assume that we know what His answer will be.

And often we don’t.

I am currently reading, “God Guides,” by Mary Geegh.  It is a collection of stories about listening to God.  I am in the early sections, but the pattern is already established: listening to God is essential.

Doing what God wants may not be what I want.  His Ways are not always my ways.  But He knows best and deserves my trust.

There is no middle ground.

He wants His Thoughts running through my head.

And yet here I am on vacation, easily distracted by the setting and the company.

The beauty here (Turks and Caicos) is a fine example of the amazing creation of God.  I left a place that was cold and crisp.  Now I’m in a place where it’s summer warm………..in March.

I cannot separate from God.  I must be mindful of Him.  I see turquoise water.  I feel a sweet breeze.  He is in my midst.  He’s knows me personally.

I must get to know Him better.  How?  Concentrating on Him is a necessity.  I must learn to see things with His Eyes.

Conclusion: I must concentrate on Him 24/7.

Don’t fall for it

Satan entices us to do his will by false promises.

Do this-or-that and you’ll be happy.

You have to take care of yourself.  No one else can do it better.

In some ways, it’s like the persistent telemarketer: repetition wears down the customer’s resistance.

How often does Satan whisper that you deserve to indulge yourself?  Buy this.  Go there.

The Devil will say anything if it will lead us away from a dependence on God.

Satan is the master at making inroads in our God dependence.

What gets me is that his whispers are not usually to do things significantly different.  They are often suggestions to make small alterations in my Godliness.

I must remain tight with God.  I must crave Him and His guidance in everything.  I must not accept alternatives.

When I am close to God, Satan has to shout to get my attention.

When I am close to God, Satan’s suggestions sound ludicrous.

Conclusion: I must be close to God in all seasons. 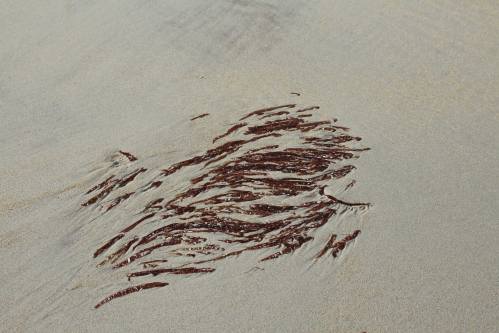 What’s all the yelling about?

“But with loud shouts they insistently demanded that he be crucified, and their shouts prevailed.  So Pilate decided to grant their demand.”  Luke 23:23-24.

Being loud and insistent carried the day.

Shame on them, but wait, how often am I loud and insistent?

I live in a world where interactions happen.  He said.  She said.

In the story within today’s two verses, the loud insistence was misguided.  Those behaving this way were part of getting an innocent man crucified.  I know, it was part of God’s plan in that instance.

When I am loud and insistent, I run the risk of behaving as the accusers of Jesus did.  What if I’m wrong?  Will my voice’s volume, and my insistence, lead to a misguided result?

There is Scripture that tells me that “a soft answer turns away wrath.”  In an emergency, my loud voice is necessary.  Insistence may be required too.  Otherwise, I need “soft” and “reasonable.” Easy for me to write.  Hard for me to live out.

The older I get the more “right” I am!  Sadly, the other “older” people in my life are also getting more “right.”  What could go wrong?  Plenty!

I must be filled with the Holy Spirit and talk accordingly.  Every word I use must be a gift from God to someone else.

I recall rough conversations and I assure myself that the Holy Spirit was not pleased by what He heard, in fact, He was grieved.  I MUST NOT grieve the Holy Spirit.  I want Him running me.

Conclusion: My words must be Spirit-saturated.

His Word For Me
Blog at WordPress.com.